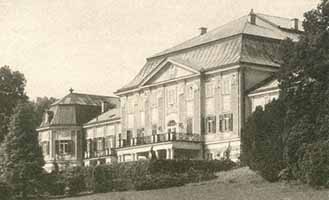 Alchemy seminar grade 1: Preparation of a Magistery of Rosemary

With the help of photographic slides we shall build some basic understanding of alchemical principles and techniques.
Subjects included:
Alchemy as a Science in its own right.
The three Philosophical Principles or Essentials (Sulfur, Mercury and Salt).
Solve et Coagula as basic alchemical principle and technique.
Philosophical and Elementary Separation Methods.
Dry and Wet Way.
Distillation, Incineration and Calcination in Alchemy.
Cohobation.
Exaltation through Circulation.

In the laboratory a Magistery of Rosemary (Exalted Essence) will be prepared.
The Rosemary will be separated into its three Philosophical Principles, which will then be purified and reunited.
The result obtained will be exalted by Circulation.

The work will include the following steps:

1. The separation of the Volatile Sulfur through an oil separator.
2. The separation of the solid from the liquid parts after oil distillation.
3. The incineration of the solid residue and subsequent Calcination.
4. The extraction of the Sal Salis from the calcined residue and its purification.
5. The evaporation, incineration and subsequent Calcination of the liquid residue.
6. The extraction of the Fixed Sulfur from the calcined material and its purification.
7. The Cohobation of the Three Philosophical Principles.
8. The Exaltation through Circulation.
To highlight the effect of the Circulation, probes of the various in-between incomplete states
will be kept for comparison 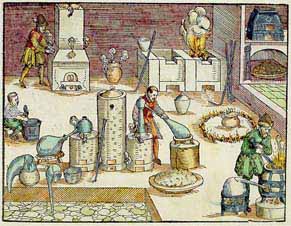 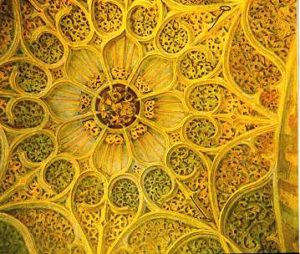 The idea to come to your country again to hold a seminar/workshop of practical alchemy appeals to me very much. I have been teaching alchemy seminars for almost half my life in one form or another, at Universities, different Academic Institutions as well as in the Pharmacological Industry, and I continue to do so regularly in various countries, this year again in Germany and Switzerland as well. It is a field in which I have considerable experience, and some of my students are now excellent practitioners in their own right.You mentioned that some of the interested persons have substantial knowledge in theory but less in practical laboratory alchemy. It is therefore important to build a proper foundation of alchemical Encheria, i.e. laboratory technique, and the standard procedures in classical magisteries, the Solve et Coagula, the dry and the wet way, the two kinds of separations (philosophical separation into the three essentials, and the elementary separation into elements mostly used for stones), the techniques of rotation, exaltation, for making Alkahests, Circulata, the Green Lion etc.Experience has shown me that it is best to start with producing a magistery involving all the basic stages of alchemical operation, the separation, the purification and the cohobation followed by an exaltation.I have studied Indian Classical Music for a very long time in India and have given performances at many great music festivals in many countries, and in many theatres all over Europe from the Konzerthuset in Stockholm to San Salvatore Hall in Palermo, also here in Australia at the Sytdney Opera House.In fact, I studied music first in India, because Ayurvedic Medicine had not yet returned to the Universities from where it was removed by the British during the Raj, since they wanted to sell their own medicines.I have always found the evenings with music during seminars a very complementary affair and they are always highly apreciated. 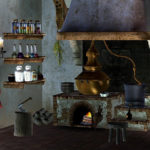 The Alchemy Museum in Kutna Hora 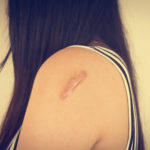 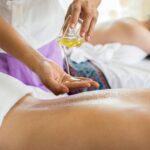 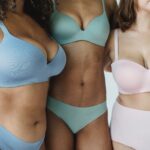