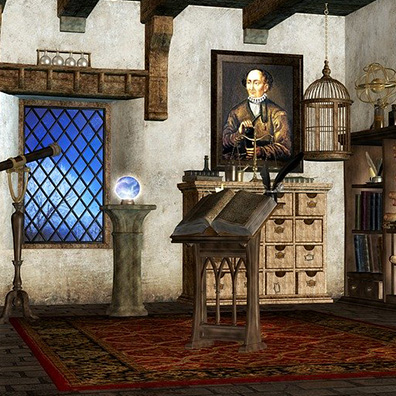 The magic that happened during the seminar last year was really strong, and it lingered on. I am sure many felt this.

Of course the influence of the operating alchemists have enormous input into the work, particularly real partnerships.

You remember the etchings from the „silent book“ which I showed among the slides, always two persons are engaged in the work, usually persons in a polarized relationship, symbolized as man and woman, but as such it is not the gender here which counts. Good work can be achieved for instance between parents and children or between friends, like in our case, but each of the partners has to make the other more complete and whole.

But also the whole group is important, the sum is always more than its parts. Good complementary relationship is very important in music, in gardening, in cooking and even in a football or cricket team.

We had a wonderful group, and I am grateful for it and believe there is a deeper reason for this. First I was upset that the other German friends dropped out one by one, but later I realized that I had to do this alone with Siegfried. This led to a maximum of energy release, which, as you deal with energies yourself, you understood and felt.

The bouquet of wild flowers on the laboratory table which you mention was a symbolic part of this. He also brought a lot of his own laboratory equipment and raw materials, days of packing and planning, everything double in case of breakage.

Even in ordinary processes such energies are important. Heisenberg states clearly that nature behaves differently when it is observed.

What to say of alchemical processes! It was a pivotal moment for me and for Siegfried, and we had some very extraordinary and unusual experiences after the seminar.

Some comments by participants in the seminar: 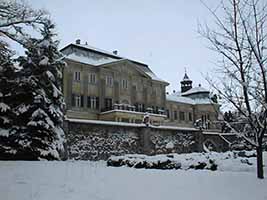 „Kutna Hora is a magical place and Roztez Chateau provided us with a perfect atmosphere and setting for such a great event as we all had the opportunity to enjoy with Professor Manfred Junius. He is a great teacher and has a way to express himself in a very noble way. We all had the opportunity to talk with him on a very intimate level. None of us ever felt distant from him, on the contrary, we all felt very close to him as though we knew him before. He is extremely friendly and jovial. He is also an excellent musician as he showed us his skill by giving us a couple of concerts on his Indian Surbahar. He is a person very well balanced and in harmony with nature. It was a great honor for me to have met him.

The Czech Republic is a beautiful place and Kutna Hora was like stepping back in time two or three hundred years into some kind of a lost golden age. There is not a building that has not a statue or some engraving on it that can send one into contemplation. We all felt somewhat elevated in our thinking and in our feelings. If I could put a word to it, I would say we all felt somewhat more noble within ourselves. The entire trip was enchanting. Michal Pober, I thank you for organizing this event and please do so again, and again.“

„The Rosemary Magistery was completed on the last day when we sent it through the circulation. Perhaps I should clarify that this was not the circulatum Minus of Urbigenus, however as Manfred explained, what we did is still a circulatum. Our work consisted in passing through all the classic steps of plant alchemy. We began with theory and study through his fantastic collection of slides. I have been at many alchemy seminars and its always interesting to see someone else’s understanding, flavor of input, and simply his style and character. We are all unique, and we all see the world through our own eyes, evolution, character and disposition. Manfred has his own fire to add to the work and I am very fortunate to have been able to meet him. To meet personally and become friends with one of the masters is truly to be considered a blessing.“

„Manfred suggested that next year we would work with Indian Alchemy and that we would do a magistery of Indian Alchemy. He also suggested that we would make the Green Lion. So for those of you who would like to come, plan your vacations and start to save, it will be something not to be missed. Truly this group was a harmonious group at „one with“ the work and the magic that surrounded us all. You must also realize that at such events it is not only the magistery of the rosemary or whatever plant that we use that goes on, but also a magistery on each of us. During the work many other things transpire. Some more subtle than others. Conversations arise that were sometimes very elevating and inspiring. Experiences are shared and sometimes one’s own very private secrets are revealed that become special as we ourselves can relate and attune with. Many times a simple confirmation can be the reward that one needed badly. When each our interests, thrills, longings, enjoyments, and honest desire for truth, sharing, giving and receiving all come together as „One“ harmonious and loving field of energy, then the Magic is with us, for where two or more gather in the name of alchemy, there the masters are with them. Manfred himself often referred to the term the morphogenetic field. Our crowning glory was when Manfred Junius in a very honest way expressed to us that this group really pleased him and that he wanted to meet with them again next year as he gave us his blessing.“

„The work as consisted in the fundamental steps of the driving off the volatile sulfur, calcination of the residue as the fixed sulfur and also the salt of salt, then the extraction of these salts from the ashes and their cohobation, Finally the circulation of the elixir to obtain the exaltation of our elixir. If this sounds as ordinary and elementary to anyone, I would then say that he or she knows not alchemy. Though one may do this over and over, the true alchemist knows that he is working the great work and that he is raising life and giving to the ALL, from which he or she will also receive as they give. This process took us the entire four days so you can imagine the little events that transpired in between these major events. A lot more went on than the ordinary eye or understanding may have perceived. Though as I said that these were the underlying steps of alchemy which I was pretty aware of and comfortable in my knowledge of them, I did see these as different this time somehow it was being done on a different energy level. I believe that this is what is important, that I was able to perceive this different level. I believe that this is exactly what alchemy is all about, to realize the energies. For what is a work worth, a stone or an elixir or any magistery, if one cannot feel the energies surrounding it or the work.“

Finally settled back here in NYC. I just wanted to let you know what a great time I had. It was the best seminar/workshop I have ever attended. What made it so was a wonderful confluence of influences. The location was truly magical. It allowed us to work together in a concentrated undisturbed manner in the most peaceful and quiet location I think I have ever been in. But more importantly than the location was the group itself. It was a good mix of good people.

Everyone was so open, sharing and involved in the process. Part of it I think had to do with the size of the group. It allowed for spontaneous small groups of three or four individuals to talk and get to know each other. It was really nice to watch this unfold during the times when we were either distilling or calcining or cohobating. Manfred would explain the process and in the time it took to watch the flask boil and reach the next stage these small groups would form discussing a range of topics related to alchemy. Sometimes they were in conversations with Manfred or Siegfreid and sometimes with others. But it would shift and flow and it was here that I felt so much was learned. The other thing was the remarkable relationship between Manfred and Siegfreid. I fell there is hope for the world when two straight men can declare and talk about their love for each other. I learned much about alchemy in watching their interaction with each other and the process at hand. And then there was you and Marushka’s presence allowing the spontaneity to unfold, keeping a nice balance between structure and flow; too much of one or the other and it would have crystalized into something too rigid or just flowed into chaos.

So I know I am not the only one who felt that they had participated in something truly unique and special and I want to thank you for the work you put into this and the vision you have for the Alchemy Museum and future workshops, seminars and conferences. It is inspiring and I would like to help in whatever way I can to help see these things become realities. 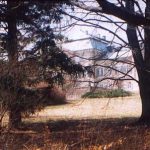 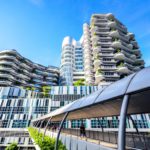 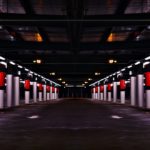 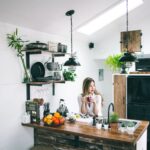 Ručníky a osobnosti
PrevPředchozíFour-Day Tour Visiting the Famous Spagyric Laboratories of Soluna and Phoenix and Including a Day and Night in Heidelberg
DalšíManfred Junius, author of A Handbook of Plant Alchemy presents an INDIAN ALCHEMY (Practical Spagiry) PROGRAMMENext